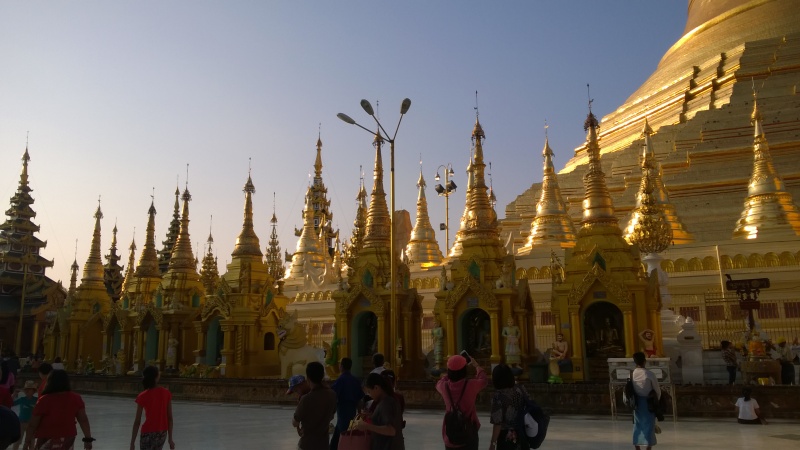 You could learn a lot by reflecting upon on things that had happened. We are going to do that with the last election.

A person who goes deep in to issues can find lot more than a person who would just glance on the surface. Many don’t have the patience for that. Instead of trying to learn many would either like to celebrate or retreat when the results unfold. Most people would get frenzied and start thinking what should be done next.

What are the lessons that each party could learn from the last election results and what changes should be done in order to move forward.

The party which polled 5.1 million in the 2015 August, last general election, polled only 3.6 million in this election. If taken as a percentage, the party that polled 45.7% in August 2015, in this election polled only 32.6%. Though the Muslim Congress contested separately, even if those votes are added, it does not make a significant difference. That is a huge drop.

One of the key reasons for this is the problematic issues buildup around the “Bond” issue. This incident shook the confidence of the public about the ability of UNP to bring about good governance and a corruption free country. Though a commission was set up to find the culprits, the credit went to the President. The credit that should have gone to the UNP got blown away from them. From the lost votes of the UNP, some went to the UPFA led by the President who openly challenged the UNP and relatively fewer amounts went to the JVP.

The second reason was that the government was unable to punish or even at least to file cases against the previous regime on corruption and murders, instead bringing out relatively small and unimportant cases to the surface. This resulted in creating a doubt in the minds of the people that there were forces within the government to suppress the major cases. This was wide spread among the people and appeared to the people as “deal” politics. The government was unable to give a satisfactory, acceptable answer to the public. If the UNP is covering up the culprits, the voters would have questioned themselves as to why they should vote for the UNP.

The third reason was allowing the roads being closed on a daily basis by protest campaigns either organized or backed by the Joint Opposition, resulting of people accusing the government for withdrawing from their role of governing, to this they were unable to respond by taking adequate steps.

Fourthly failing of the Government in providing services rendered by the government in a consistent manner. Petroleum products and fertilizer are two examples. Collapse of the Meethotamulla dump and the garbage problem which continued thereafter is another example.

The above issues would have painted a better picture of the previous regime. As a result some of those votes which went out from the UNP may have gone even to the SLPP.

Most people go blind when they get power. Then they fail to see what they do. They are unable to see the good and bad of what they say. They fail to understand that they are using powers not vested upon themselves. They also fail to understand what they don’t see is seen by the voters. In short the actions and utterances of some people specially the Ministers could have made people to distance themselves from the UNP.

The lesson that the UNP should learn is that the people do not tolerate, corruption and murder allegations. They also don’t tolerate break down in services and sabotage. Just because there is a Government that people are not ready to give the Local Governments to a Government that do not keep to their promises.  Popularity can fade away in a short period of time. Mandate is only given for a limited time in this era.

UNP should realize that this happened at a time when government had taken many good steps. Amongst them the 19th amendment, independent commissions, right for information, GSP plus, lifting the ban for the export of fish to European Union, ensuring media freedom, establishing democracy, increasing the salaries of the government servants, increasing the pension allowances, and also the reducing the prices for fuel and gas.

In general any party which governs should understand with time the bad things done will supersede the good things and good gets pushed back and bad gets planted in the minds of the people. It does not take lot of time this to happen currenly, like in the past.

Majority of the votes which went away from the UNP went in to UPFA and SLFP, the total of both 1.48 million. These can be considered also as votes against SLPP and Mahinda Rajapaksha.

UPFA and SLFP are the other principal partners of this government. Taking it that to account the Good Governance Government received 47.4%, this is 2.7% votes more than SLPP poled.

Therefore the demand made by the SLPP to dissolve the government as of now is baseless. Though that is the case, depending on the Good Governance government behavior, in future, such a situation might develop.

Both partners in the Good Governance government have the opportunity to identify their mistakes and reorganize those themselves. They also could come to new consensus.

With such a program it would not only be possible to bring back those votes which went to JVP, it should be prudent for the government alliance to bring the JVP too under this umbrella, with a revised program.

President Maithreepala Sirisena and the UPFA should understand that the UPFA has not got a mandate to go alone leaving the UNP and ignoring the massive turn out votes to the new SLPP.

The votes polled by the Maithree group, the UPFA and SLFP indicate a danger signal to the UNP. Those votes are unlikely to go to SLPP in a future election. If these votes are to be won back to the Good Governance alliance or to UNP, they need to understand and come back on to the correct track, if not those votes will go to the JVP or even to the dustbin.

Let’s now turn to the winner’s side.

Victorious SLPP polled 4.94 million or 44.7%. In comparison with the January 8th 2015 Presidential election it is less than 800,000 votes. Though they won the elections this 800,000 voters have left them. One explanation could be given as the reduction in the total votes cast in this election. Therefore if we ignore the absolute values and turn our focus in to the percentages, they polled 47.6% in the Presidential elections, that means as a percentage they have lost 3.1% of their vote base.

Therefore they need to understand their victory is only in comparison with the party coming behind them and not in comparison with time. In other words though they have clearly won, there is a slide down in popularity amongst people. It will be difficult to win the people without making a confession on their past wrong doings.

The other most important point that they need to understand is that in the areas where there is a substantial minority community is living, they have either lost or won thankfully to the rift in the Good Governance camp. Specially in the major cities and in the border villages this has been visible.

Not only for the purpose of winning but also for the country to move forward, at least now the SLPP should understand to deviate from their “Sinhala Buddhist” only stance. If not in a change of government, the minorities will again get pushed out from the main stream. This will affect the peace and coexistence and be detrimental to the country. They will be pushed to get whatever assistance from the outside world.

JVP was able to gain an edge by obtaining 6.3% in this election. In comparison with the General Election it is an increase of 1.5%. These votes most likely came out of the UNP vote base. Since UNP was unable to prevent corruption in their own camp those who voted for the UNP in August 2015, some may have voted for JVP. But for a party who wanted to come to power in 2020 the marginal increase is only a disappointment. The reading is that though people somewhat trust JVP as a party who will not steel or become corrupt, people still may be seeing their policies on other issues as backward.

Though the UPFA & JVP tried to break the Sinhala Buddhist vote from the SLPP, the results show that it cannot be done at all. I believe that until Mr Mahinda Rajapaksha lives no one else would be able to lift that flag from him. Therefore it is pointless for the JVP to go behind that.

What should have been done was to show the limitations of the ‘Sinhala Buddhist” slogan. Whether they have a backbone to do that is a question. This clearly shows with the stance they took on banning purchase of liquor by women. (This writer wrote to this Column on this under the title Women and Liquor)

Not only that, JVP has committed lot of wrong doings in their past history, specially the mistakes they committed during the 88-89 period. They haven’t done a proper confession on these. To erase these from the minds of the people such a confession is necessary.

There is a third point. The protests organized by the joint opposition to sabotage and the participation by the JVP, led to another reason of chipping away the trust on them, as a party seeking power should have acted in a more responsible manner.

Finally they should recognize that just because the rulers are devoid of corruption country will not simply progress. There has to be a program of action for progress. As a group which has not come to power yet, they should spell out what policies will be implemented when they come to power.  Without doing that, it is not wise to ask for power by only showing others’ mistakes.

Results of North and East

National parties in their victory assessments do not mention anything on these provinces. That is as if they too have admitted the areas as another country.

What will they do, to get what they are clearly unable to get from the south? The future of the country will also depend on that.

Finally it should be stated that to take the country to a correct path it is more important that people have to be corrected more than the political parties. The forward looking parties, while they need to work to correct themselves, should also make a special effort to change the people.